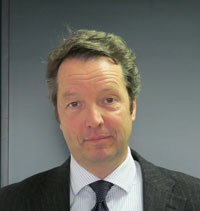 Michael Tesch holds a degree in business administration at the German Cologne University.

He started working in Hoechst AG as an Internal Auditor. Afterwards he became Head of Organization in Hoechst Marion Roussel S.p.A. – a leading pharmaceutical company and Head of Controlling at Aventis S.p.A.

In 2001 he joined the family-owned company CWS-boco Italia S.p.A. operating in the sustainable hygiene business as CFO. Since 2012 he is Head of Finance Italy for the Swiss chemical company Clariant and starting 2013 he holds the function Country Head as well.

He was heading the Lombardy Chapter of the Italian CFO Association (ANDAF) for nearly 5 years and is a Board Member of ANDAF.